When you visit Tamaya, you’ll immediately notice where we obtained the inspiration for our homes and community…Tuscany! As one of the twenty regions in Italy, Tuscany is located north of Rome and south of Genoa. Tuscany is surrounded by beautiful countrysides filled with the Apennine Mountains, Apuan Alps, and the Tyrrhenian Sea. You’ll also notice that the names of our home selections came directly from some of Tuscany’s major cities.

With the recent grand opening of our “Street of Dreams” and announcement of the “Italian Adventure Giveaway” winners, I thought I’d share a few interesting facts about Tuscany…

1. The Italian language originated from the Tuscan dialect

…and it is the most well known dialect of the Italian language. During the 14th and 15th centuries, Tuscany became central to Italy’s commercial and diplomatic positions as Florence continued to grow immensely. Famous Italian politicians, philosophers and writers, all favored the Tuscan dialect because of its similarity to Latin. It was through these high-profile members of society who helped make this dialect popular in several  regions throughout Italy. It wasn’t until 1861 that the Tuscan dialect became the official language of the Italian nation during its formal unification.

2. Carrara marble was used to create some of the most remarkable buildings and art masterpieces in Ancient Rome

…such as the Pantheon and Trajan’s Column in Rome. Carrara marble is derived from the northernmost tip of Tuscany, Italy. While this type of marble was a highly popular building material during the early days of the Roman Empire, some of the greatest sculptors in the world also adopted use of this material to create their beautiful works of art such as in Michelangelo’s David. 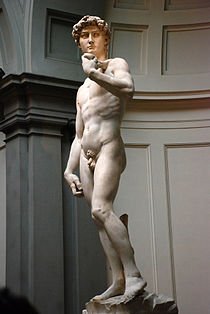 3. Tuscany serves as the birthplace of western musical tradition

…and the musical origins can be traced back to Florence in the mid-16th century. A group of poets, musicians and intellectuals, known as the The Florentine Camerata, created new sounds and songs by testing ancient Greek myths along with music on the stage. Many consider this the origin of some of the world’s very first operas, and over time lead to the early, classical forms of symphonies.

4. You can find the Tuscan countryside in several big screen movies

…and the list is rather long! Here’s a short version of just a few that you might have watched:

5.  The Chianti district is known as the “Heart of Tuscany”

… and it is home to the infamous Chianti wine. Authentic Chianti is made from 80% Sangiovese grapes. Chianti was historically associated with a squat bottle enclosed in a straw basket, called a fiasco but they are only used by a few winemakers nowadays. Most Chianti is now bottled in more standard shaped wine bottles.